One thing I will say they look great but are not that well made, i would sooner fit a lucas replica myself 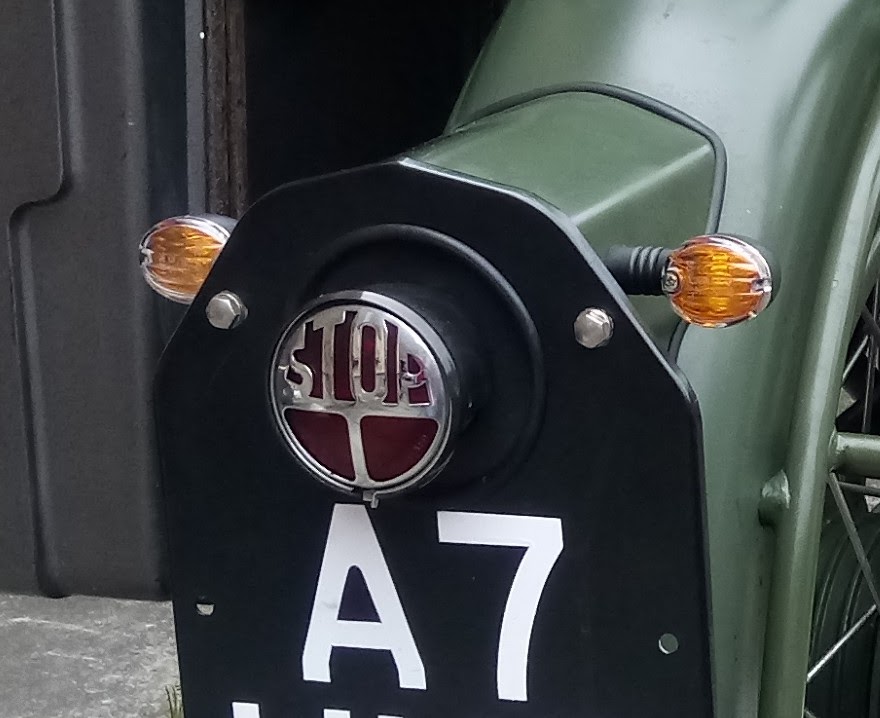 By Adrian -  Sun Jun 28, 2020 12:45 pm
-  Sun Jun 28, 2020 12:45 pm #91110
My wife just bought a Sanya 125 (Suzuki GN125 clone, as far as I can tell), the previous owner had sort of cafe-racered it with a dinky little hump seat, complete with one of those Miller replicas set into the seat hump. Not only is there the question of no light to the side, regardless of whether it's MOT-legal or not, but also the rather too jaunty angle it was pointing up at, though to be fair he also fitted some whizzy little LED indicators which also have added stop lights.

When I have finished replacing the back mudguard (he'd just chopped the rear off, leaving only the rear number plate on some sort of bracket), it will be getting a pattern Lucas 679 rear light. I will probably just keep the Miller-pattern lens just to plug the hole in the seat and serve as a simple red reflector.