By Mark M -  Mon Apr 08, 2019 12:53 pm
-  Mon Apr 08, 2019 12:53 pm #9220
I have mentioned the Ebay Bullet a couple of times (!) and now it is for sale. It is a matching engine/frame numbers 350 Bullet from 1955. This was the last year of the early type frame, in fact this is basically the model that was subsequently shipped to India. I bought this bike as an incomplete project from Ebay thinking I had all the parts needed to complete it. Needless to say I didn't! Consequently it took several years to find the missing parts but it is now complete, registered and on the road. I completely rebuilt the engine with new parts where needed including a new Alpha roller big end, Samrat rockers, new valves and springs, new rings. The gearbox was also rebuilt with new bearings but was otherwise in good condition (not surprising as the 350 doesn't put much strain on it!) The wheels have been rebuilt with good second hand rims, new bearings, spokes, tyres and tubes. New chain and sprockets (a NOS rear sprocket was used.) The forks are rebuilt with new bushes bearings and seals. New Indian speedo. Fully rebuilt magneto and dynamo, new solid state regulator and battery, still on 6v, all working including new Indian horn. New wiring harness and switches. When I got the bike it was very rusty so I had the frame blasted to check it was sound (it is,) and repainted it in the correct Polychromatic Silver Grey, paint from RS BikePaint. All the rest of the cycle parts (except engine plates which were also repainted) I have left as they were or painted black so if the buyer wants to restore the rest of the cycle parts you need not completely strip the bike. All the parts are catalogue correct for 1955 although some bits are of Indian origin, for instance exhaust system and tank badges (which are pretty much unobtainable!) I also fitted an Indian centre stand which has a proper roll on lever rather than the back breaking original. It has a V5 in my name, non-transferrable age-related registration, is MOT exempt but I will get it MOT'd if required. Some of you may remember it was featured in a series of articles in Royal Enfield Magazine but the mag finished before the rebuild! Although I say it myself it has turned out really well and is a hoot to ride. I would like Â£2750 but will consider a swap or part exchange for another Enfield or anything really! Viewing at NN12 which is near J14/15 of the M1. Email me at trials59(AT)yahoo(DOT)co(DOT)uk 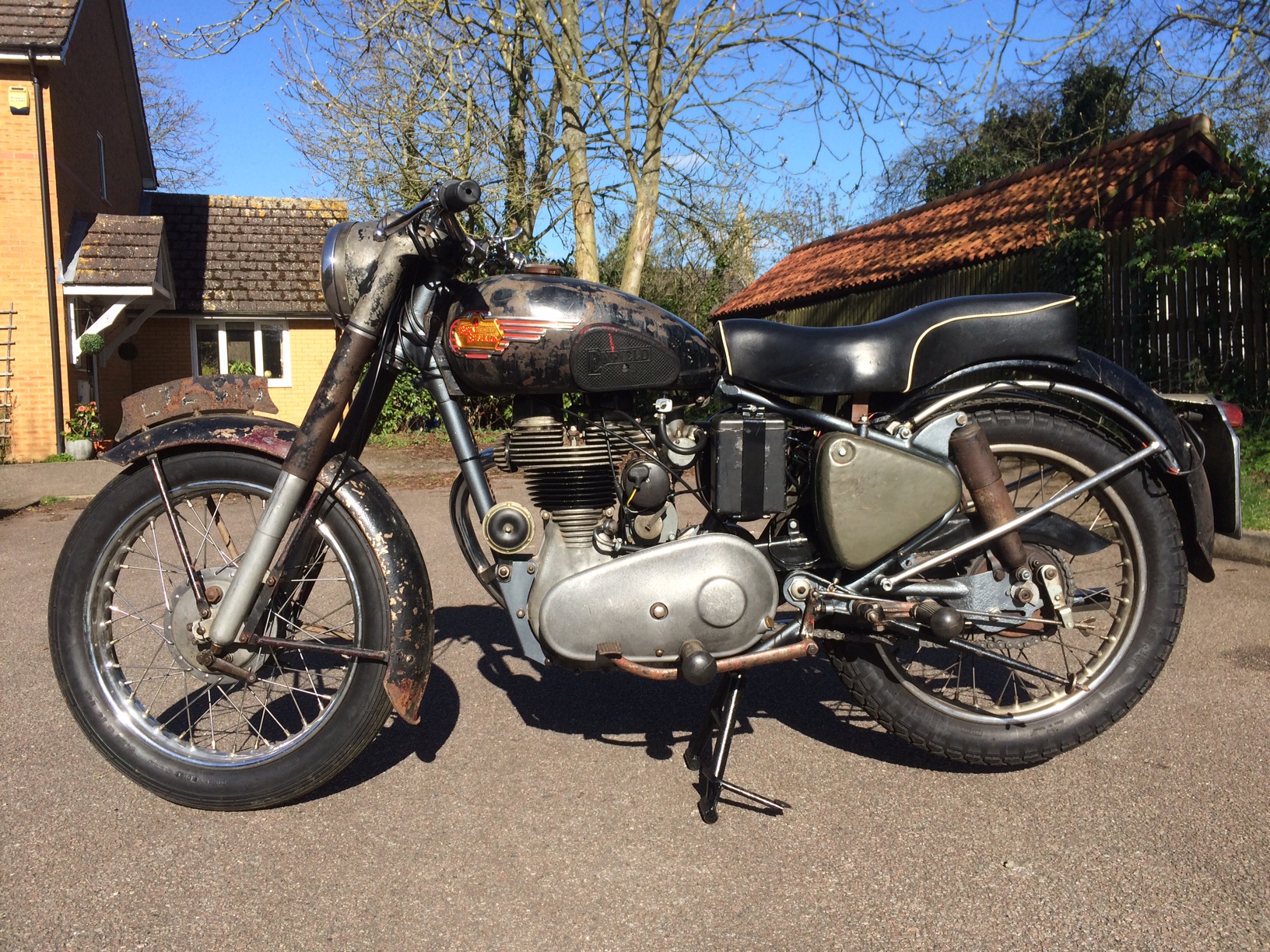 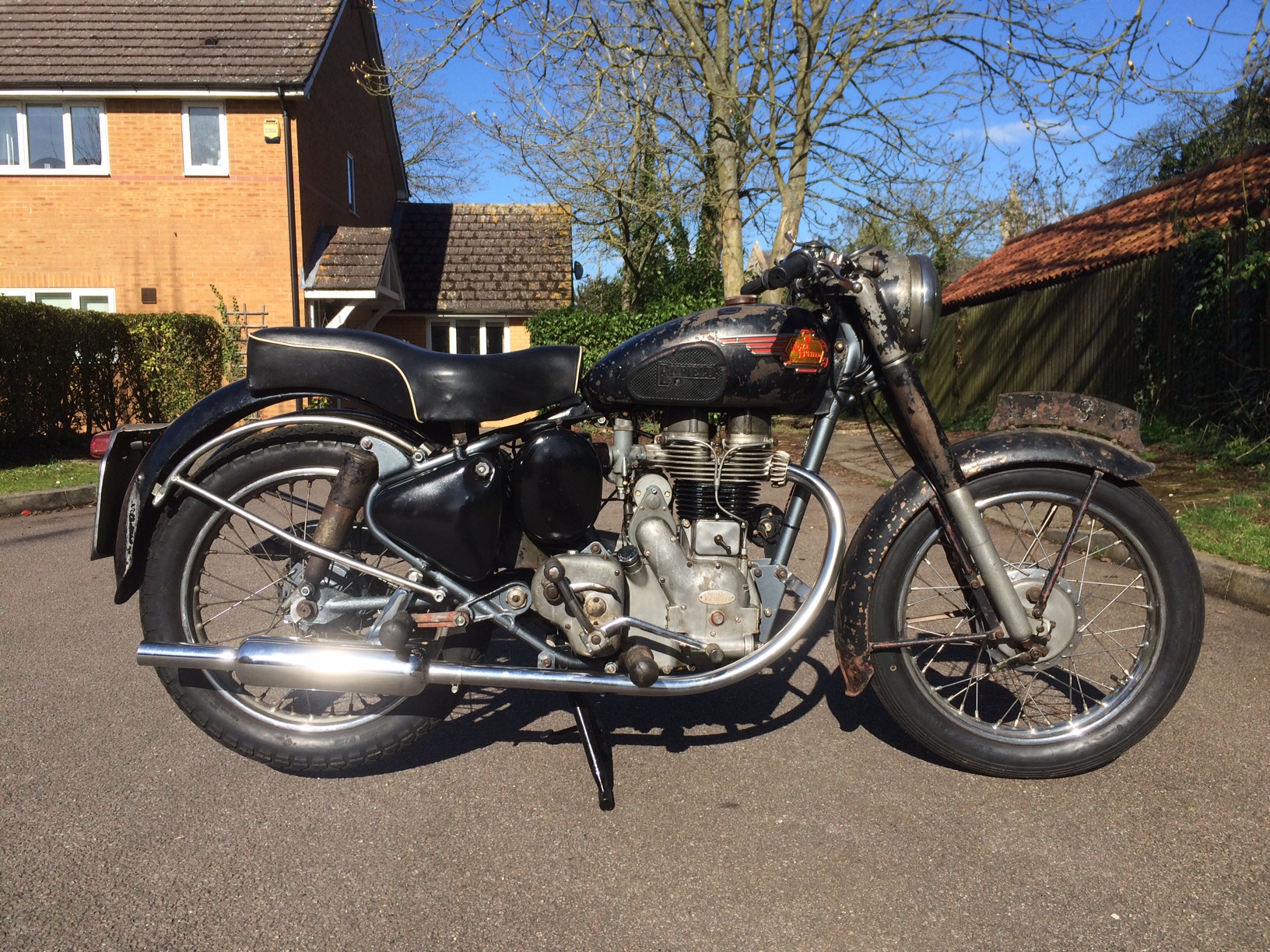