This Forum is now CLOSED use the link to get more details viewtopic.php?f=5&t=13926
Reply

Same Advert below is also on Ebay.

Has an Electrical fault, currently non running, please read all the description below.

Will need removing by trailer / large van but its a heavy bike or Bike courier, though ideally would prefer some to see the bike first.

Selling as a non runner due to an on going electrical issue? Engine when it does fire up runs perfectly please see the video clip.

Cosmetically in good condition, a nice looking bike that gets lots of good comments even when its broken down on the side of the road.

The main issue here right now with this bike is that it won't spark, if you get a spark it will kick over and run, if that was the case I wouldn't be selling it, as it was such a nice ride and sounded really good also.

The bike will 100 % definitely need a new battery, prior to this latest no spark, spark, no spark situation comedy there was a problem again with the electrics where the battery would seem fine and fully charged but any load, side lights for example would completely dip the battery out, then it would suddenly come back on with full voltage in the battery, spent far to long trying to find a bad earth and other possible causes until I borrowed a properly functioning battery and that instantly cured that electrical fault, all lights and electrics worked, kicked over nice once you have the knack for that, just get it over TDC with the kill switch off to avoid kick back, switch the kill switch on, kick over then fires up, and was trouble free.

But since then the bike has let me down twice while out on rides due to the spark failure and this was with the good battery while moving. Seeing as it is failing to start anyway the old battery has gone back in and the borrowed functioning one returned.

On one of the occasions where it let me down it was obvious there was no spark and after a lot of messing around it was left till the next morning, came back early the next day and it kicked over and started first time, second time let me down then a spark appeared a few days later when I got it home, then just left for good, so i'm selling it.

Its Kick start only (when electrics working) does have the push button electric start though unfortunately the Sprag cog has taken the route that most do on the Electras, so just spins, if you are familiar with Bullet 500 Electra X then i'm sure you are aware of this issue that they have.

Wiring under the seat could be neater since I have been messing around with it.

I have the DVLA Logbook in my name, only owned since mid June 2022.

When its running and behaving its great but I have now lost my sense of humour in trying to sort its electrical gremlins out, maybe a completely new wiring loom is the answer?

Need to add that the two small side lights will need replacing and there connecting wires in the headlight casing ( around £15 for the pair on eBay) they failed in the first round of electrical problems, they would work now as I tested the connections with a bulb when the functioning battery was fitted along with the other lights / indicators / Horn / Brake light.

Any questions then please get in touch. 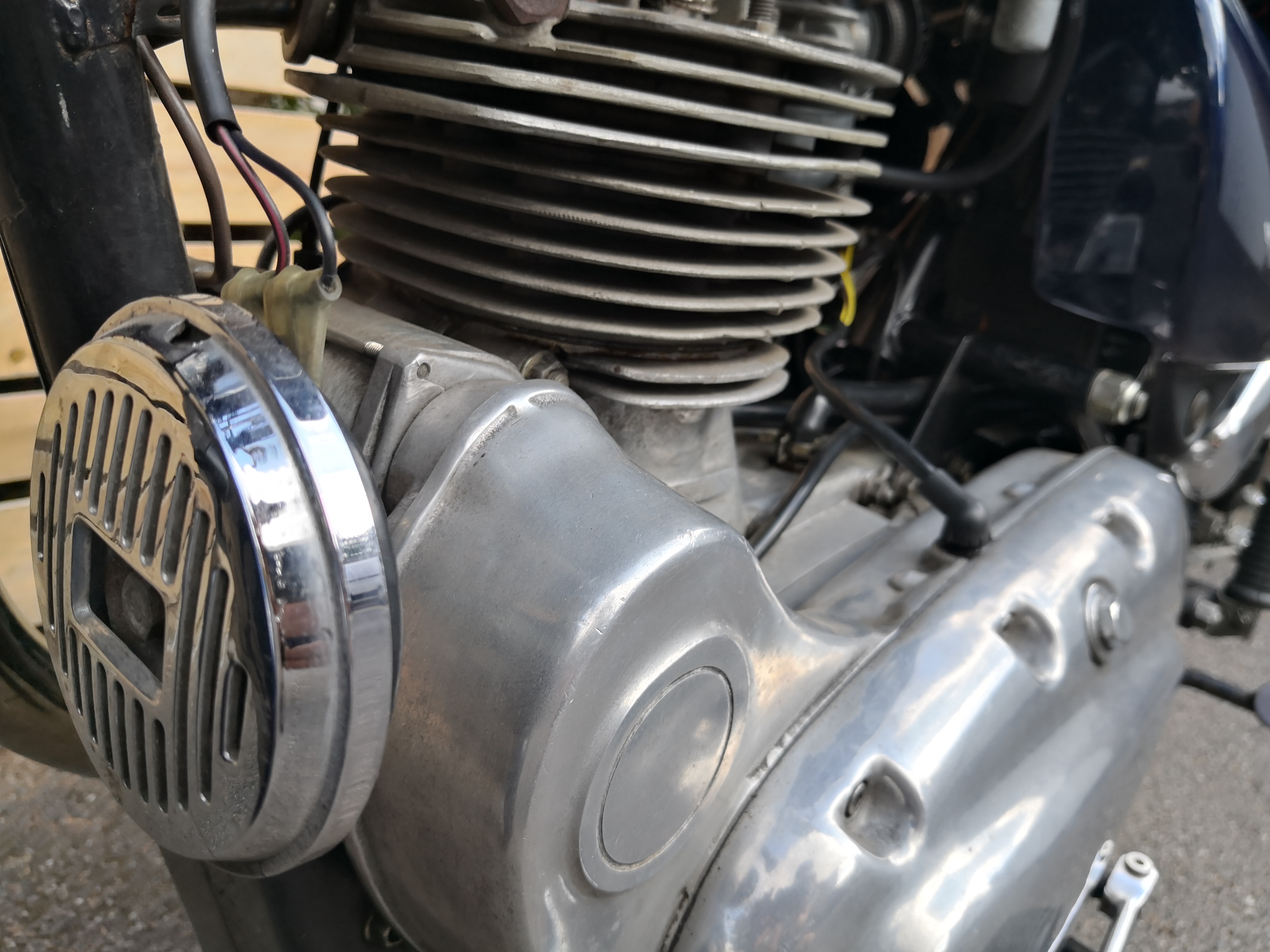 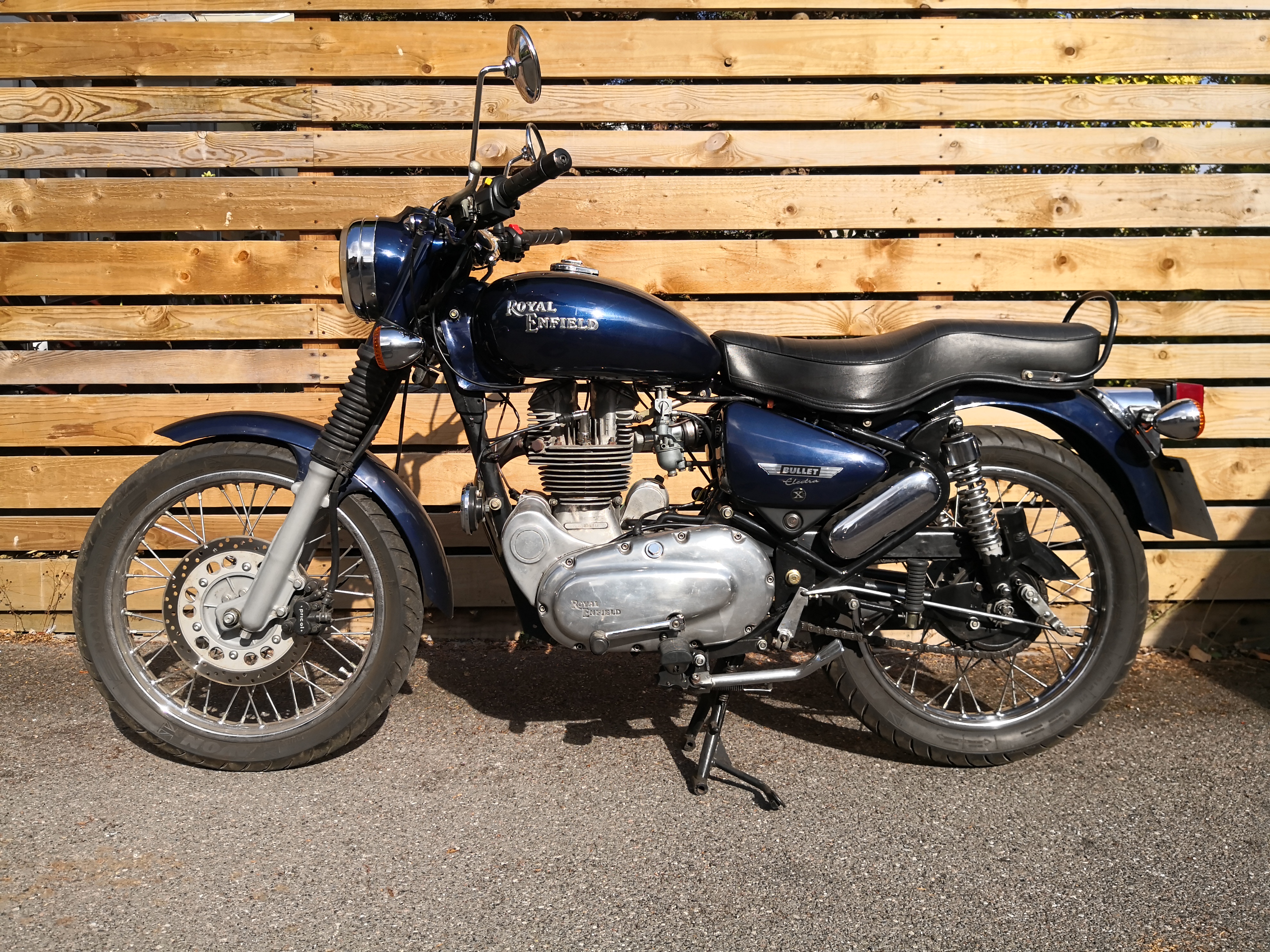 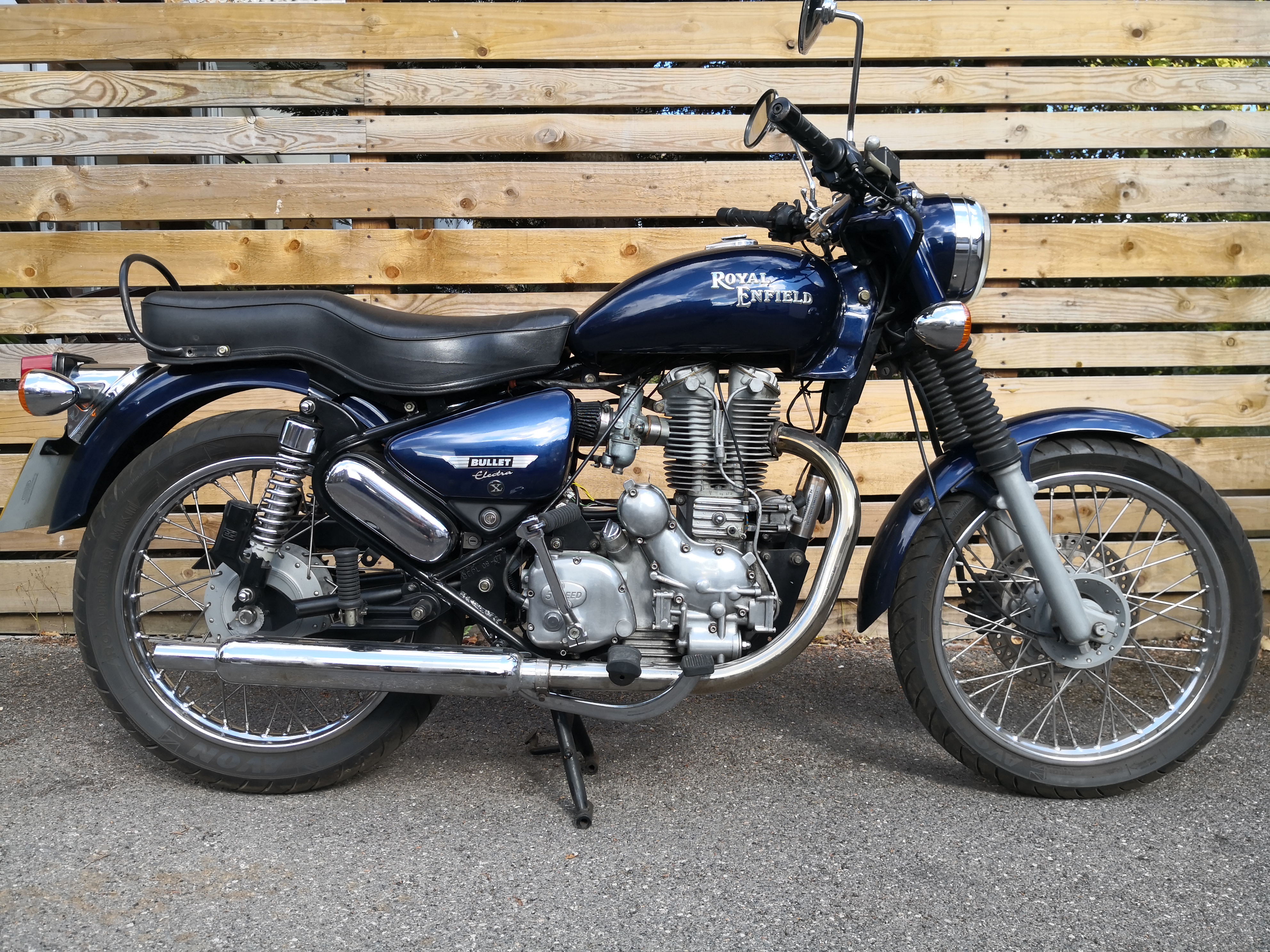 we spoke. Just in case the bike is difficult to shift with the electrical gremlins not fully exorcised, and it needs a re-wire, let me know. I suspect potential customers will be going down the offers route.

It could just need a gremlin bell! The gremlin's don't like the sound of the bell and jump off to find the next vehicle

Seriously good luck with the sale

Adrian's offer is a good one to keep in mind