This Forum is now CLOSED use the link to get more details viewtopic.php?f=5&t=13926
Reply

By sofiaspin -  Wed Jul 06, 2022 11:59 am
-  Wed Jul 06, 2022 11:59 am #101761
2004 Watsonian Clubman Sportsman, 9000 miles, fully sorted and MOTd with lots of discreet sensible improvements. Amal Mk 1 carb and cables, upgraded sprag, electronic ignition, touring bars, new Hagons, new new tyres and a recent full service. Good condition used bike rather than an ornament.
2005 Watsonian Sportsman Caff Racer, probably similar mileage (repro Smith speedo), a long list of upgrades by previous owner including Hithcocks casquette, electronic ignition, Monobloc, Hagon shocks, 1965 style number plate and lots more. Sprag removed and massively lightened, so fast and torquey.
House move means storage is not an option so I thought it would be attractive to sell them as a pair for a bargain price. The Watsonians are as most will know, a special edition with a host of upgrades by the importer and not that common. Half the overall price I paid for the two of them - £3750 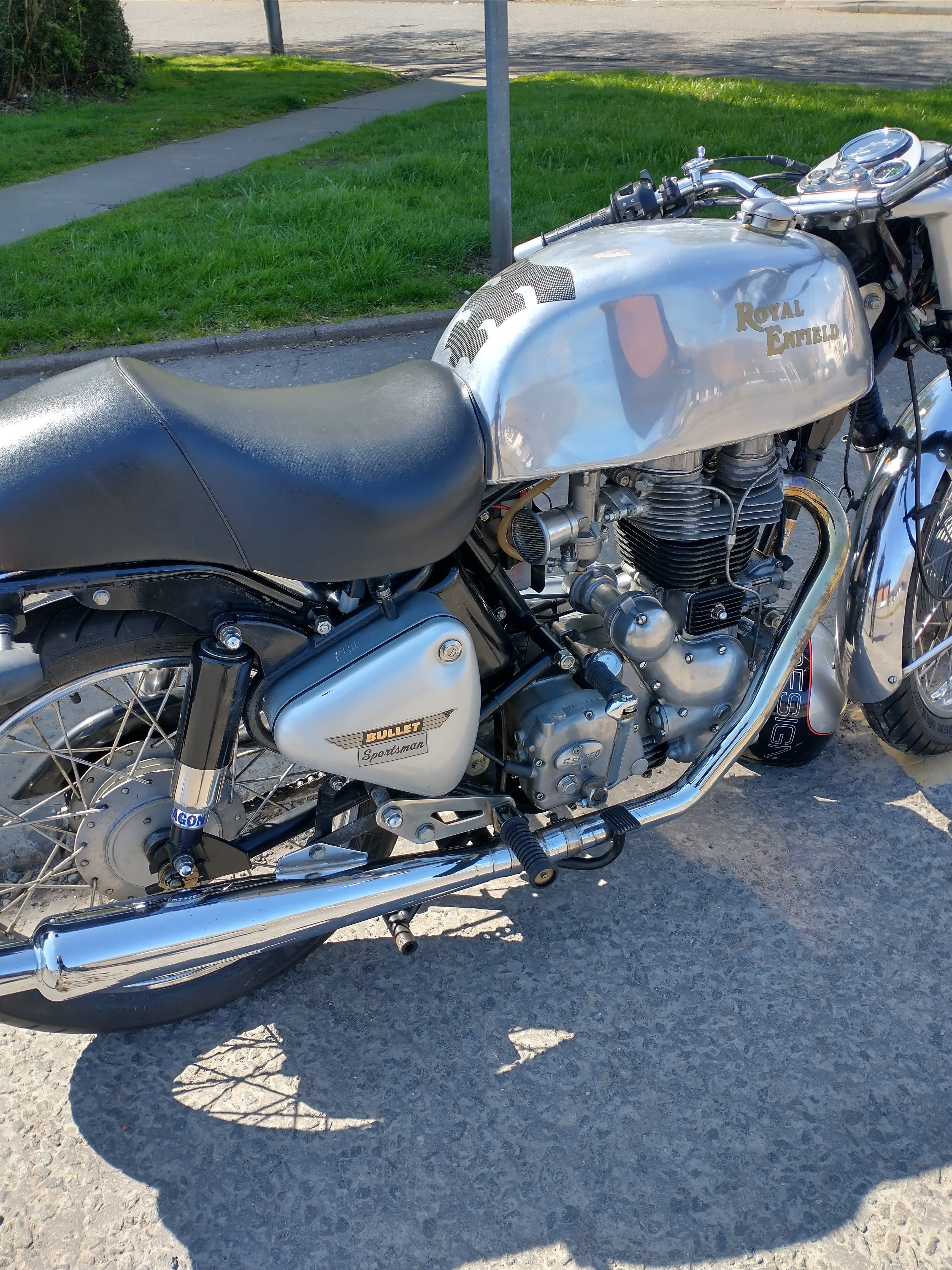 I don't suppose you would be interested in a part exchange for a 2002 Triumph Daytona 955i CE in Aston Green?

I was just thinking of offloading my Daytona as I'm really not a Sports bike kind of guy and was looking to replace it with an Enfield 500cc of some description and a buddy pointed me at this advert.

I'm up in Southern Argyll, not far from the Rest and Be Thankful.