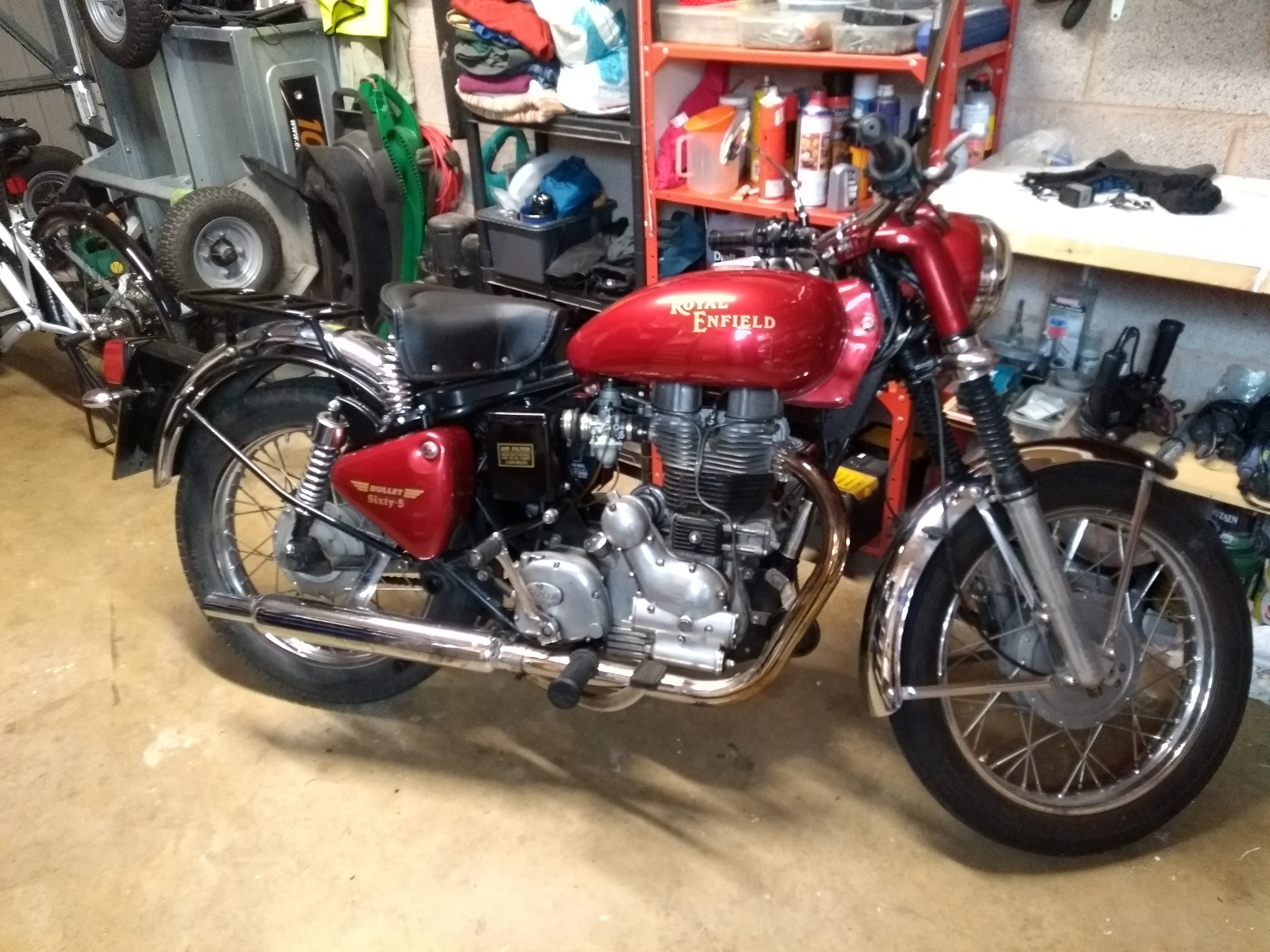 I will be putting it on ebay after my holiday but thought I would try here first.

Has been on a few REOC camps, but not for a couple of years.

Best of the old iron barrels, decent gearbox and electric boot for the infirm of hip. (me)

Indicators are non standard, but are recent and replaced previous non standard ones that corroded.

Small extensions on mirrors at handlebar end so you can see past your shoulders.

Wiring altered to all DC to give maximum charge for starter. I ride with bright LED sidelights at front not headlight during the day. Easy to swap back, AC reg included.

4 previous owners, one of which was the dealer I bought it from, Shropshire motorcycles in Wem, the old Midlands Royal Enfield.

Currently fitted with single saddle and tea caddy filter, but I have all the standard parts to put it back to original if needed, down to the old down pipe and PAV. These together with some carb jets, service items, manual, Snidal CD and some special tools are all included, along with a rack and top box. Also include trolley under the stand.

Basically buyer gets any RE stuff I have and bike clothing if desperate!

Bike collect from Evesham. Cash on collection only.